So, what happens to best-selling author Gunnar Gunnarsson’s public after his archetypal stories of Icelanders living in a raw, Nordic landscape … 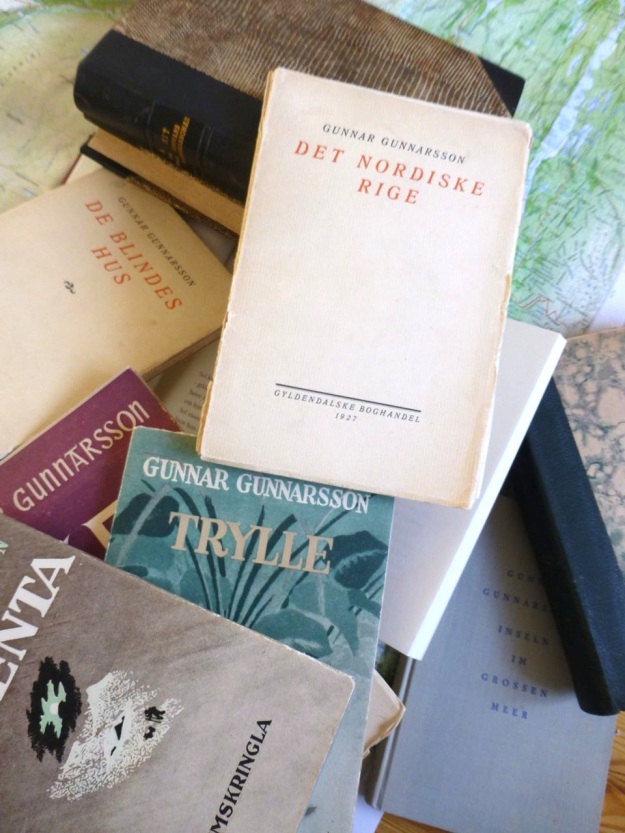 … fall out of fashion in the new, post-war Germany that is partly an American colony and partly a Soviet one … 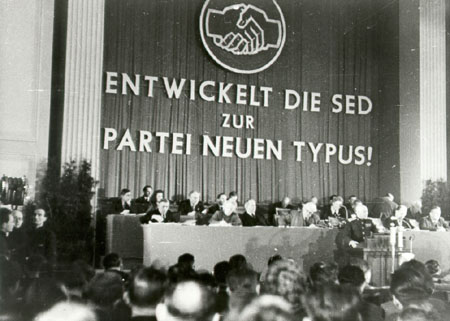 … looking to the future because the past is probably a pile of bricks out in the street?

Downtown Berlin in the Early 1950s: a Cold War Battleground

With Baltic Gemany lost, there’s not really much interest in looking to the North anymore.

This is the era of re-imagining Germany on a European cultural, rather than a nordic cultural foundation (Well, in the West, at any rate,) and especially not on the military or racial foundation of the 1930s and 1940s.

500 Years of the Gutenberg Bible

This is the era of sausage stands springing up in the ruins.

Women start to take charge of things, after the men messed up big time.

This is the era of the canoe on top of the Volkswagen and the first communist cardboard car.

The Height of Modernity

What you get for reading too many Westerns. Especially after trying to drive to Smolensk in much the same get-up (The Volkswagens of the early 1940s were kitted out as amphibious assault vehicles … i.e. jeeps!)

This is the 1950s. Here’s what Gunnar’s readers are snapping up at kiosks little different from that sausage stand above. 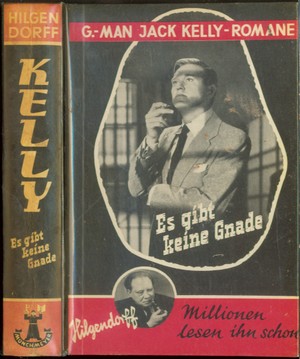 FBI Agent Jack Kelly: There is No Mercy

Hilgendorff: Millions Have Already Read Him

Herman Hilgendorff (Actually, H.C. Müller or Kurt Müller) wrote nearly 1000 books (!!!): most of them Westerns, FBI crime novels and British spy novels. (Long before the World War II Agent Ian Fleming spoofed the genre with his James Bond pulp novels.) Müller was one of the few crime novelists not banned by the Third Reich. And what is in these books that drew the Germans to them, and away from Gunnar’s more thoughtful, physical and eternal visions? This alternate book title (a cheap 60 cent edition) ought to show you …

Jack Kelly, FBI Agent, at the Controls of the Robot that is Trying to Shoot Him

Does the robot look like a man? 100% Only Jack Kelly can tell the difference.

And who has constructed these robots? Why, a so-called Mr. Carefree, who promises to remove pain and suffering from people’s lives, for cash, in a process which usually involves underhanded death and destruction to someone else, a man who remains hidden and unknown, because he fronts even himself as a robot. And who is he? A hateful man. A theatrical agent from the 1930s. Yeah, this guy, you got it:

Any film made in the Third Reich was cleared by him.

Any book published in the Third Reich was published by Goebbels. Here’s one of those books:

Advent in the Highlands, by Gunnar Gunnarsson

This is the edition approved by Joseph Goebbels.

Here is “Mr. Carefree” with with one of his robots.

And then there’s the artist who sculpted the robots. Is he the German everyman? Is he a resurrected Jew, freed from the camps? Is he this man?

No, that’s just Gunnar, living on in a Europe that had left its own images for ones from Asia and America. Meanwhile, HIlgendorff continued to rewrite the Nazi period in his pulp novels, under the concealment of  the popular images of a new, non-European age. It’s fascinating to watch modern Europe birthing itself in the darned things. Oh, and who is Jack Kelly, really? Aha, look again:

I bet he loved sausages.