It used to have trees, and it is eaten by sheep. A little bit of replanting has been done. Here are some Siberian larches in East iceland, placed in like a quilting block.

One works with what one knows. Everything else is a compromise. Spiritually, as I showed you yesterday, the compromise is between paganism and Christianity. Environmentally, it is between earth before and after settlement. Below is an image of Iceland flowing to sea, which is called the force of wild nature.

Well, yes… wild nature with sheep and shivering humans. Iceland is not an indigenous nation. It is a nation of settlers. Settlement is an ongoing process. It is at the root of the country’s past and future. This is what it looks like.

The point is, when you live on a sub-arctic island, and keep sheep, everything is hay, as the Icelanders say, meaning that when the hay runs out in the middle of the winter you will feed your sheep anything — anything — to survive. Even this: 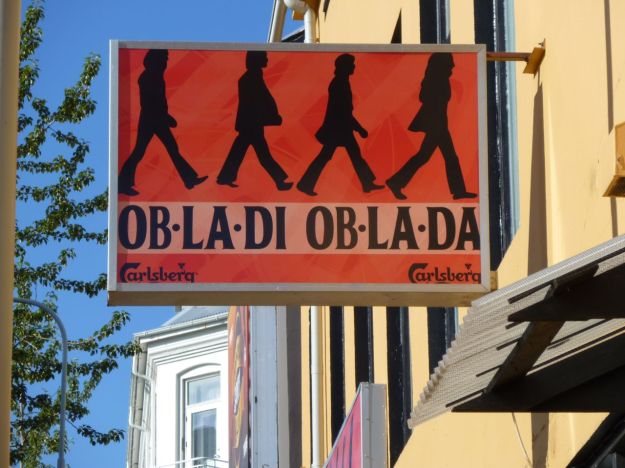 Yes, in Reykjavik even John, Paul, George and Ringo are hay. And danish beer is hay, too.