This troll is marked on no map, yet so many travellers have found it that access has been blocked — an unusual thing for Iceland, but necessary. I leave it for you to find it yourself. Note the old house site to the troll’s left. Yeah, on the grassy slope, and at its base. People used to live closer to trolls than they do now. 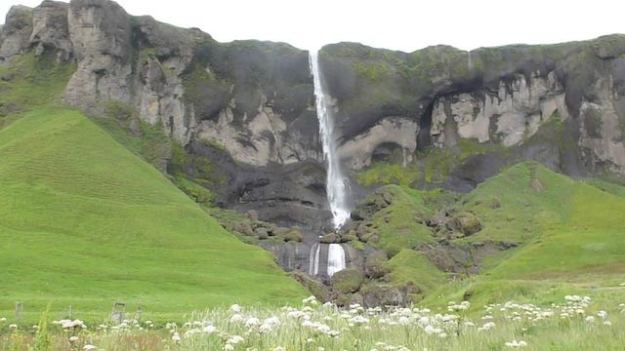 Still, take a look in the troll’s ear to the right above, and then to the goofs chatting in there, as if they were on the set of a silent movie.

How can you block access to what doesn’t belong to you in the first place? How can you stop a conversation that has no sound? You can’t, but you can give it space.