Like sheep, humans leave trails which express the shape of their bodies. Note how this trail leads to the summit of this hill (near Hveragerði), where humans like to perch to have an unimpeded view, but it does not quite lead there directly. It avoids the steepest bits, where humans could topple backwards, given how unbalanced the poor beasts are. 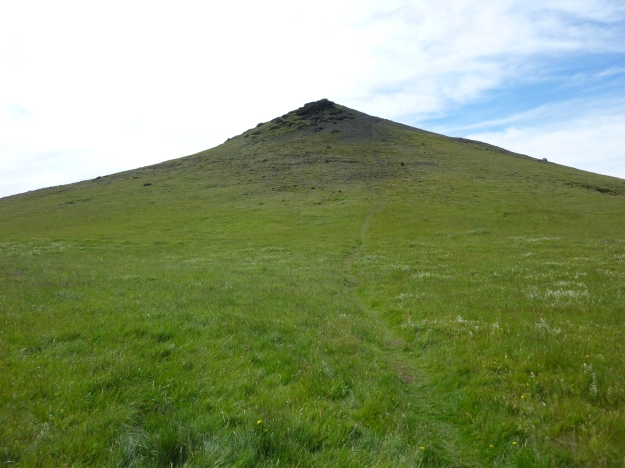 Now, a prey species, such as a reindeer, would likely walk along the ridge line, to maintain a sightline the whole way up. Humans prefer to remain hidden. If this were a land with predators, though, such as bear or wolves, humans would use their strong eyesight to advantage, allowing themselves to be hidden not by a hill but by openness and distance and the mind that can work them to advantage. It’s not that way when you put them inside a dump truck, such as here near Kikjubærjarklaustur: 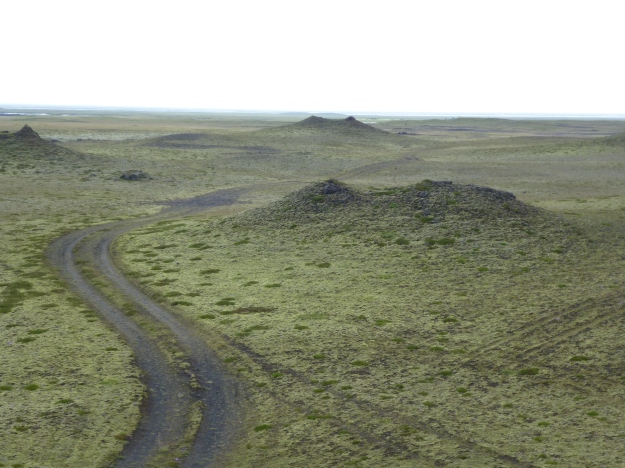 Put a human on that track without a big truck to zoom around in and the animal is likely to climb one of those hills to see what it can see. Without a truck as a kind of surrogate thought, roads make humans blind. That’s why they like to make more-or-less straight lines. They follow their eyes, in the front of their heads, which take in straight light, such as here at Asbyrgi, at dusk.

When they can actually see where they are going, a straight line is best. 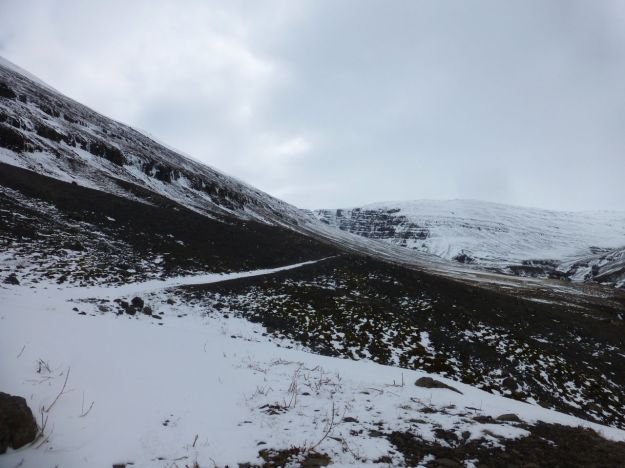 The poor things get lost otherwise.

Luckily, the brains of these creatures sort out the tangled forms of the earth into lines.

And their stumbling footsteps try their best to follow. 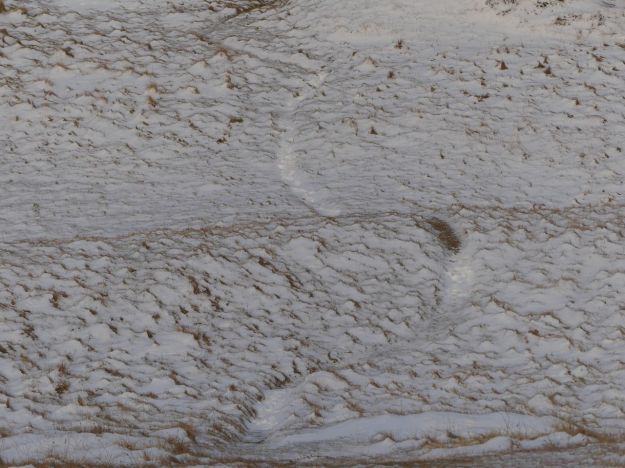 Look how at Grabrok the wind tries to blow them away.

You have to think ahead to be an animal like that.

Horses, no not so much.