Werner Daitz,the architect of Hitler’s concept of claiming Lebensraum (existential space) from Poles, Lithuanians, Latvians, Estonian, Finns, Czechs, Slovaks, Jews, Serbs and Ukrainians, updated his arguments in 1943, after the debacle of Stalingrad. On the principle that the fate of no one people was at stake but of Europe as a whole, he wrote in The Europe Charter:

A healthy life is only possible when every individual being, just like every naturally-occurring community, follows the Rule of Self-Sufficiency: as a foundational principle, to live in its own space and from its own strength — which is to say to live a non-imperial life. Imperial life is an unhealthy life for an individual, just as it is for a community. And, as it is today [1943], when the Individual human being has the “freedom” to lead an unhealthy life but only at the price of its own decline or to join a partnership under the pressure of an emergent crisis, so does a family, or a family of peoples, also have the undeniable freedom to temporarily lead an unhealthy — an imperial — life. But then it must either return from the compromises demanded by emergent crisis to an autonomous life or disappear.

The article is a chapter in Dietz’s 1943 book The Rebirth of Europe through European Socialism. Daitz inspired Gunnar Gunnarsson’s friend, the architect Fritz Höger, after he spoke to the Nordic Society, a pan-Baltic, cross-cultural association of folk-based writers, which included Gunnar. Remember, though, that “European Socialism” in this context means “Nazism” and “Rebirth” means “the normalization of life after war.” As to what that normalization means, we can thank Ralph Giordano, from Höger’s Hamburg, who hid in a basement for the duration of Daitz’s war, as his father was Jewish and “freedom” meant the freedom to die in Auschwitz. In 1989, Giordano published a book titled What if the Nazis Had Won the War. He noted that Best, who had experience administering the Danes, Estonians, Latvians and Lithuanians through the German terror, developed a four-level administrative model:

Every people must look after itself, after looking after the continental administrators [Germans].

Every people must manage its own affairs, as representatives of the German government.

The central government of every people must work within the oversight of representatives of the Race of Leaders.

Under no circumstances will a replaced people participate in the government at any level.

Brutal stuff.  In the light of Best’s practical experience, it’s highly likely that Dietz meant that a return to normalcy meant a return to the world of folktale, with all other peoples replaced in order to forestall the creation of a liberal state or melting pot in which individual cultures would disappear. Höger and Gunnar, who met Daitz in 1932, took different lessons from Daitz’s existential war — different from Daitz’s above and from each others’. Höger tried to become the national architect of the Third Reich, to build buildings representing German folk traditions, and failed. Hitler wanted the imperial roman wedding cake architecture of Albert Speer. Gunnar left the continent to live the life as a modern German farmer in Iceland, in a house that Höger built.

The idea was likely to merge German-inspired administrative skill with Icelandic farm life, to enable more people to succeed on the land. No doubt, the plan was also to avoid Hitler’s war. Note that the building’s turf roof is an echo of old Icelandic turf houses, while the stonework is solid and North-German. Well, not really. Those rocks were supposed to have been square cut, but Gunnar’s Icelandic workmen could find no cuttable stone, so on their own, independent Icelandic initiative, drove down to the Hengifossá River (to the right) and brought home some river rocks and worked with that. The result is comic. Höger was incensed. It’s kind of a fairytale house as a result, but I’m proud of those Icelanders. They broke all of Best’s rules, all at once, even before he started planning the invasion of Denmark in April, 1940. Here they are again:

Every people must look after itself, after looking after the continental administrators [Germans].

Every people must manage its own affairs, as representatives of the German government.

The central government of every people must work within the oversight of representatives of the Race of Leaders.

Under no circumstances will a replaced people participate in the government at any level.

All broken! Even more lovely: for all his ambiguity and his bad choice in friends, Gunnar got it right too and also broke most of those laws, going so far as to tell Hitler the following in March, 1940, in his speech Our Land:

But one must always have the effect on the landscape at front of one’s mind and guard against mistreatment. For the way the landscape is treated is the way the people are treated. If tastelessness becomes the norm in the Icelandic landscape, gets a roothold and spreads widely, it will soon become visible in the spiritual life of the people as well. Perhaps there are already signs of this today.

In other words, none of Speer’s architecture and its imperial pretensions in Iceland, not for Gunnar. The Icelanders would look after their land themselves. None of this kitsch: 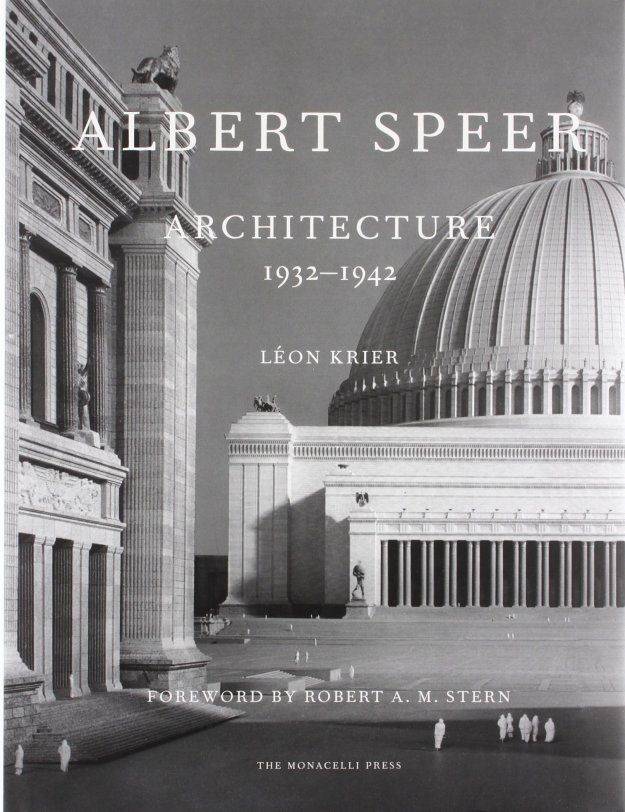 And a day’s drive to the East, this: 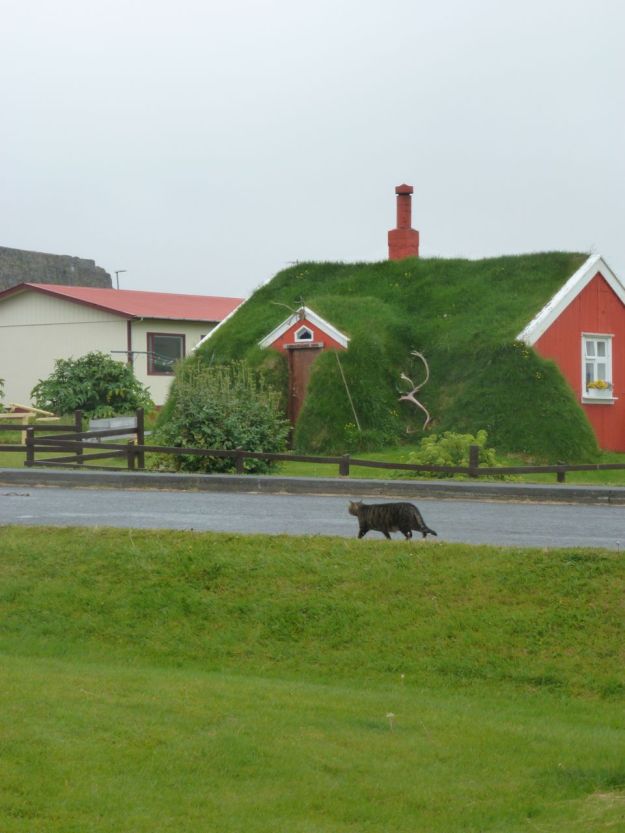 And, everywhere, this kind of thing: 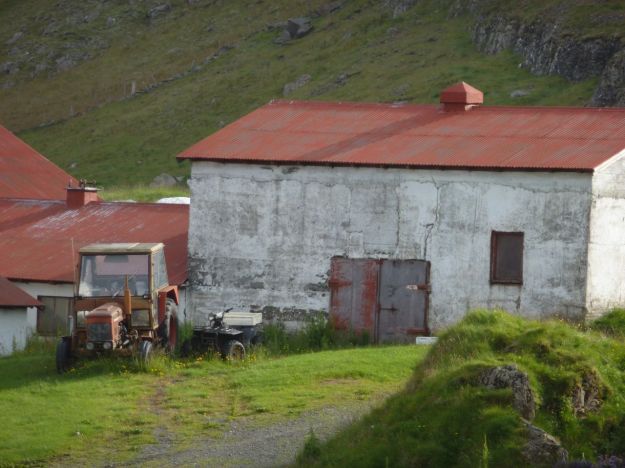 There’s more than one way to knock the stuffing out of imperialism.