Elf House, Church, School, Playground. Out of these pillars, the country is built. 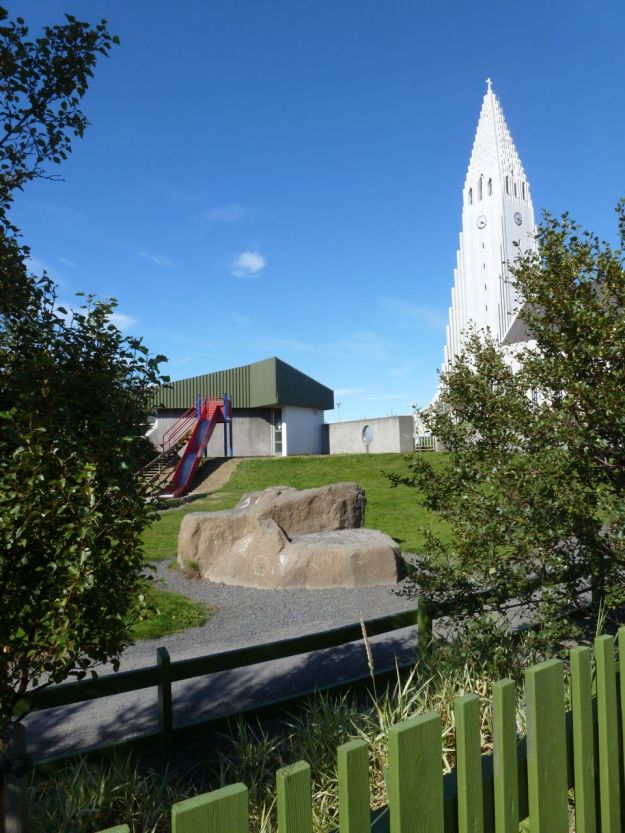 Þorgeir’s balance from the Þing (the parliament; Þorgeir was the speaker of the house, tasked with deciding the spiritual future of the country) in the winter of 999-1000, in which he decided that the country would be Christian, politically, and either pagan or Christian privately, continues to this day. Intriguingly, the Álfar, “the other people” of pagan tradition, remain hidden. One can see their homes (above, for example), as one could see pagan homes in the Christian Iceland of late 1000, but the pagan content is as hidden now as it was then. But it is OK for children to play there — children who are the foundation of the state. So, it’s not that hidden!