The mountain bog around this stone was mined for peat in the cold centuries of Iceland, perhaps as late as the 1960s, but the stone was left. It was too big to build a fence from, too small to cut into a building block, and, besides, it wouldn’t burn in a fire.

Look how the arctic willow has clung to its warmth, though, building a rich ecosystem, even while the bog it might otherwise have rimmed is still nothing more than grass and a few flowers. The bog is now a thin layer of water mining the stone. Slowly, life will return from here.

…pays for this volunteer time on days off. A complex social ecosystem, eh.

Does this surf at Neskaupstaðir look a little rough?

That’s because you’re not an Eiðar Duck.

For trolls, though, a very busy day,.

There are tall, soaring birch forests, like these in Ásbyrgi, some five metres tall, that shelter sheep…

…and their are small, intimate forests you have to lie down in a pasture to see, which shelter flies. The forest below in Neskaupstaðir might be short, and might fade and rise annually with the sun, but its trees are surely exotic and wondrous. Some of the trees are even copses of flowers. 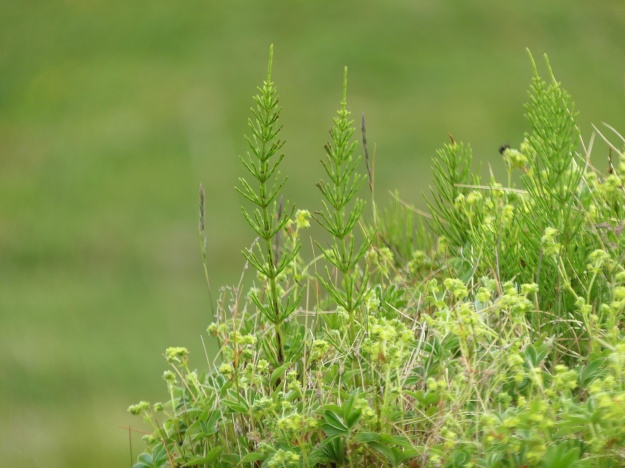 They offer different kinds of intimacy and bring you differently into the land. In both cases, when you look up again, or step out, you are a different person. That’s because forests are persons. You become them.

Here’s a stone marked by human tools in Neskaupstaðir. It is broken from the old sea cliff behind me, and lying on the old underwater shelf below. Note, too that it sits in a hollow.

That’s not a given. Here’s a sister rock, showing a more natural face to the world.

The thing is, in a country without trees, people burned peat to try to get a little warmth. Peat came from mountain bogs, such as the one that surrounded this rock…

… or this untouched one, in Njardvik, a few fjords to the North.

These bogs are lush, exotic environments. You could say they are the life of the mountain. 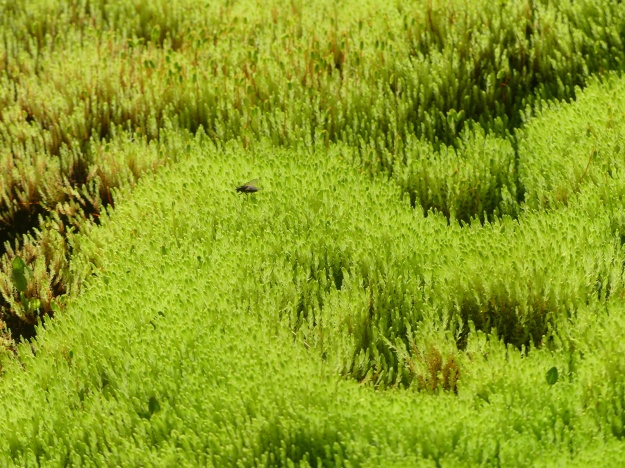 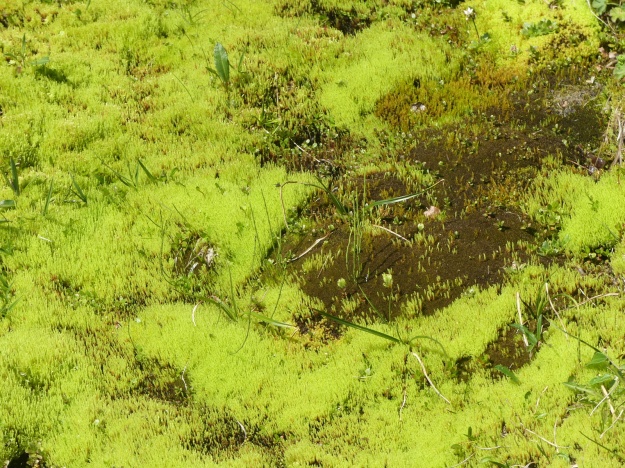 When you dig them, though, you are left with a hole and a simplified ecosystem. 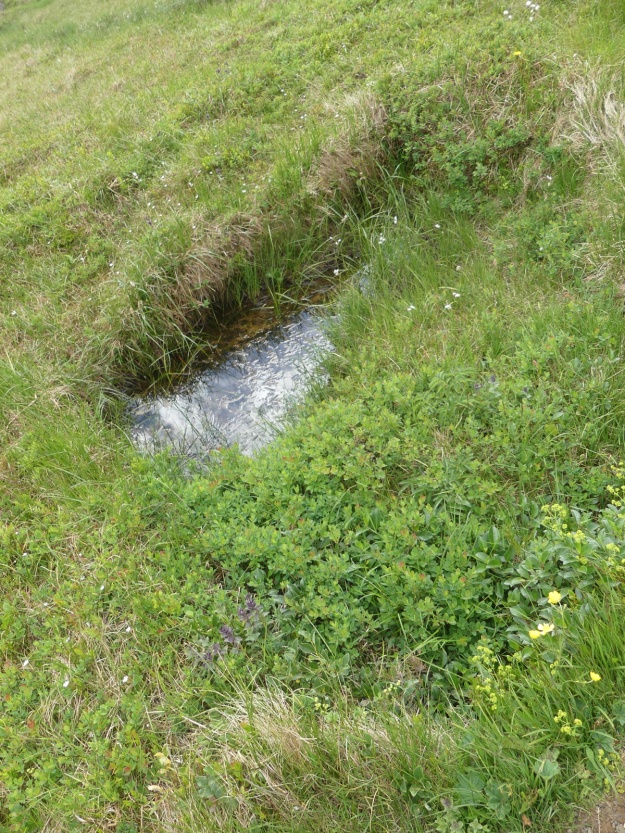 They do have the potential to rebuild, however. Here’s one in Neskaupstaðir, hard at it. A photographer could do worse than peer into holes where the Earth is healing the wounds of limited human technology and understanding.

When these bogs run with water, it is often red with iron. It’s hard not to think of them as the blood of the land.

They’re quite wondrous when they spill their blood over the old sea cliffs.

And quite forlorn when, stripped of peat, they run dry out to sea.

And harder yet, when you see them give birth to fantastical creatures.

These now-rare environments are the survivors of a time in which they gave life to humans in the cold. You could say, easily enough, without the long, long life and sacrifice made by these bogs, there would be no Iceland today.

That’s why the mined-out bogs in Neskaupstaðir have been a nature preserve for nearly fifty years now. It is a way of giving thanks for life.

There’s an art to it.

If you’ve lost your head over the beauty of Iceland, don’t worry. 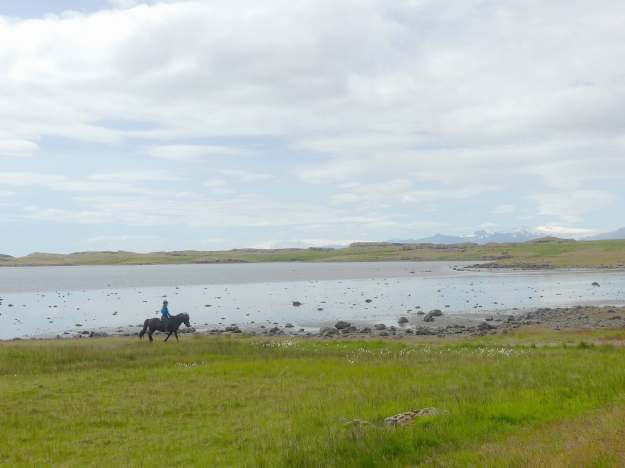 You can always get another one.

They’re lying all over the place.

They come from eggs laid in crystal nests, of course. 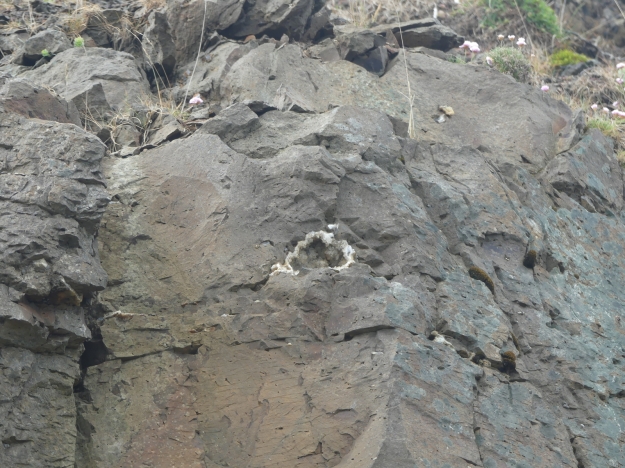 And long tongues that snake out underfoot.

That fall over the cliff and make the sea.

That’s right. The sea is troll spit, full of fish and dreams.

…not only will you be wet and cold (or drowning) …

…  but  you will see the sun rise straight out of the cave’s mouth, where seals, it is said, turn into men.

And men, presumably, into seals.