It’s not like other slime. Here in Canada, slime on rocks is, you know, gross. In Iceland, where it doesn’t rise from pollution, it’s like a green sun glowing from the edges of the Earth and the sea at once.

Glow on, slime, glow on!

Where there are waves, there is a shore.

They are all different shores.

Some are within you.

You are within some.

Some are bits of drag from the sky moving off the sea and over the island. 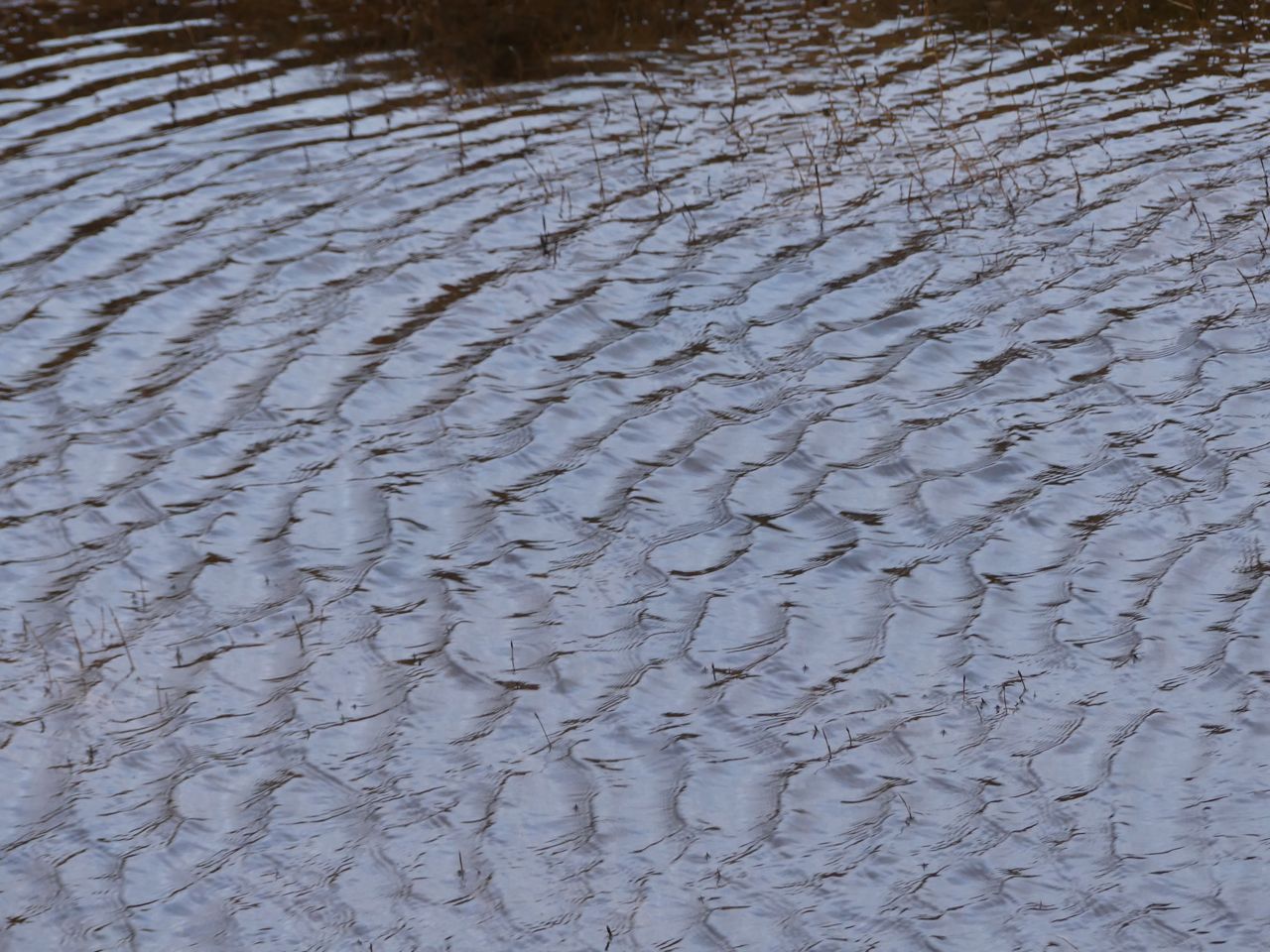 Others are the sky taking the island to sea. 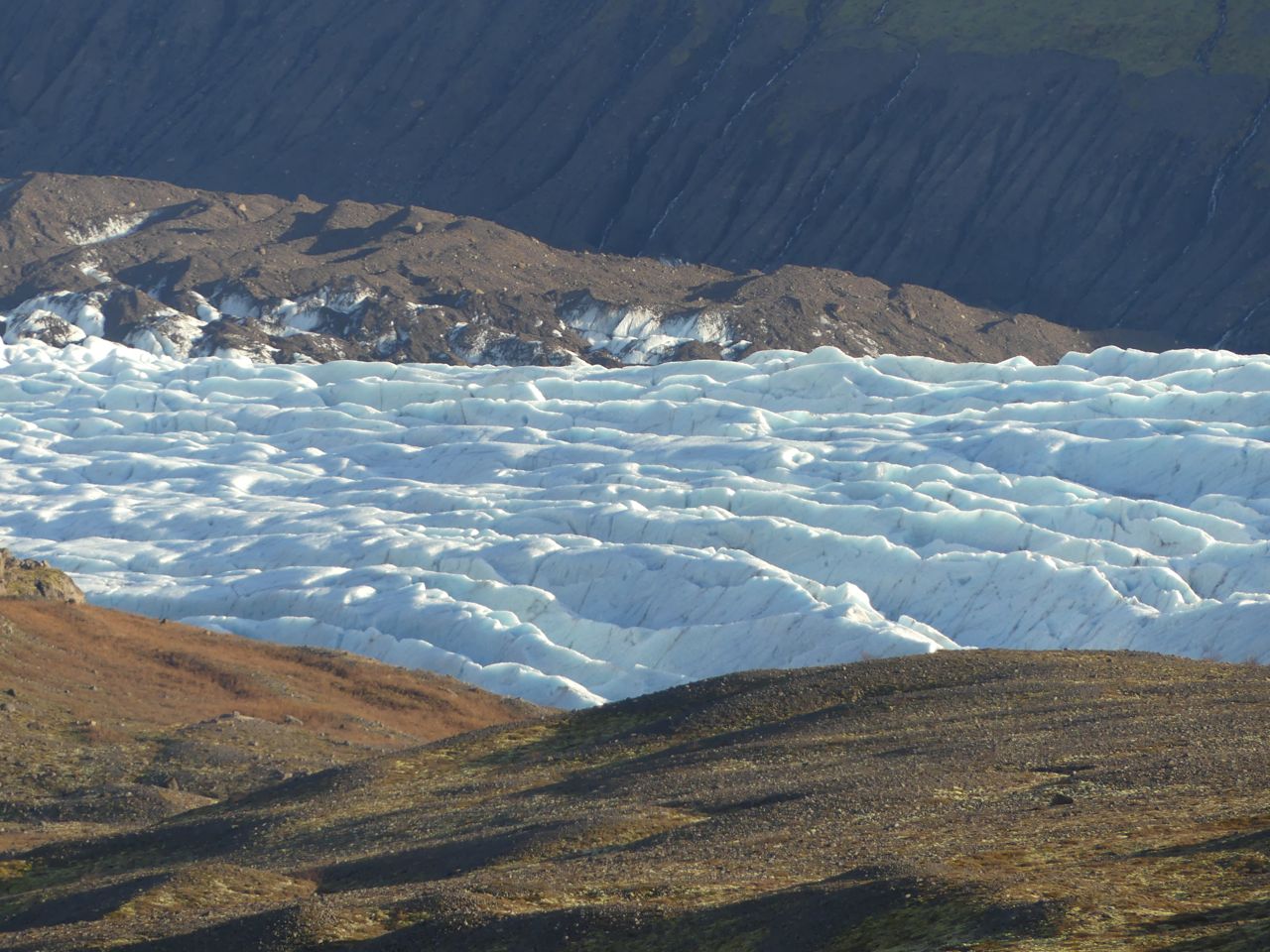 These are the shores of life. Gunnar used them as a symbol of Christianity and the hard choices of ethics. 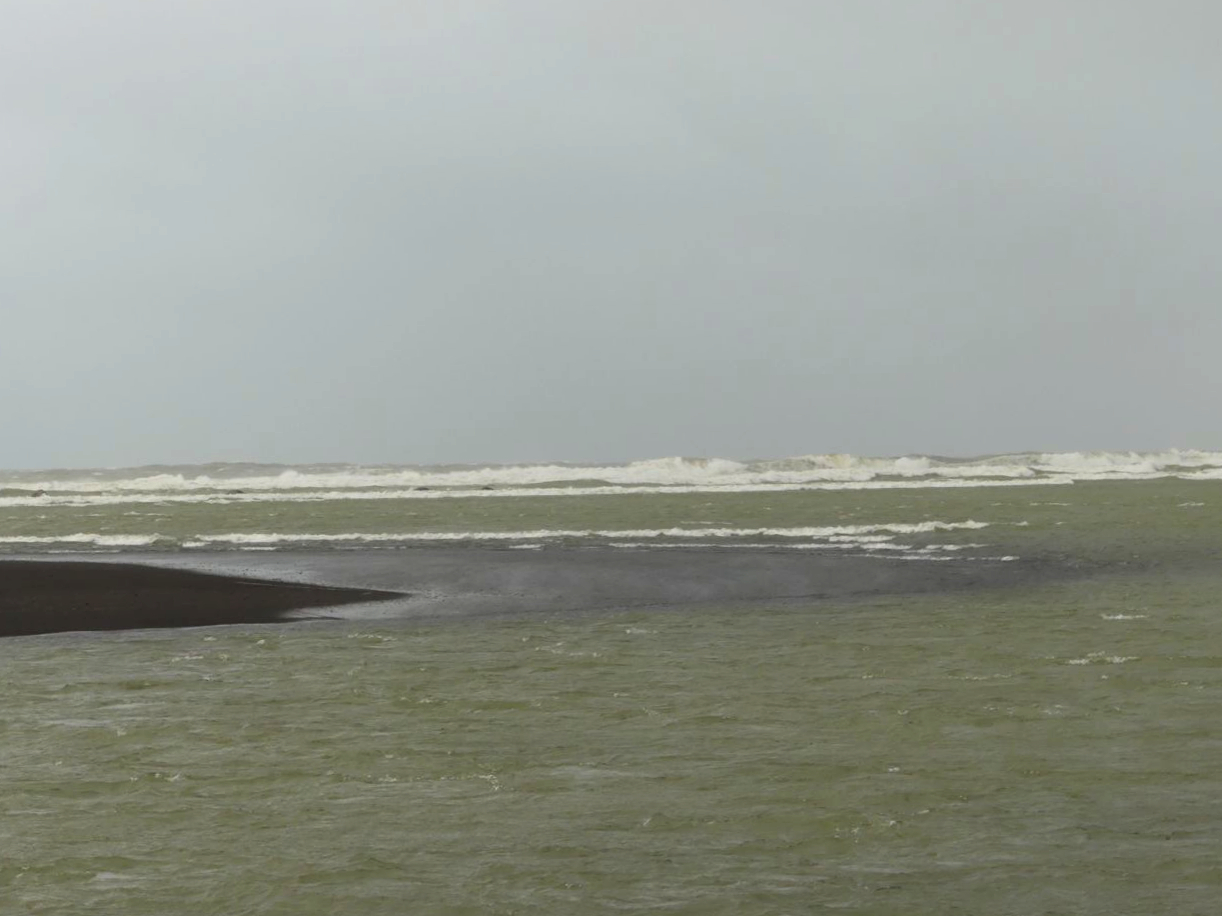 He refused to accept that they were in our control, as strongly as he knew we must cross them. 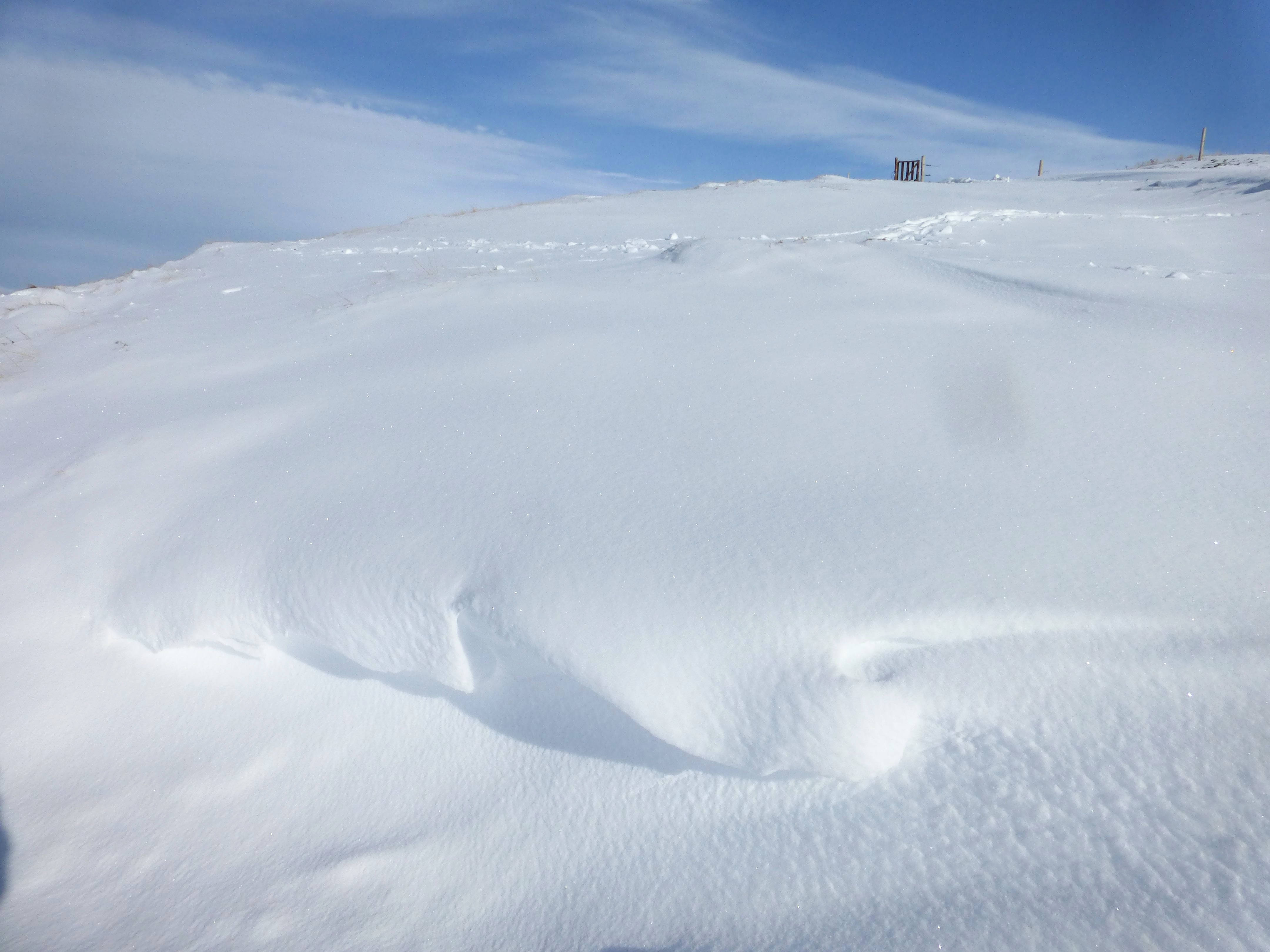 But that’s why you go to Iceland, right? 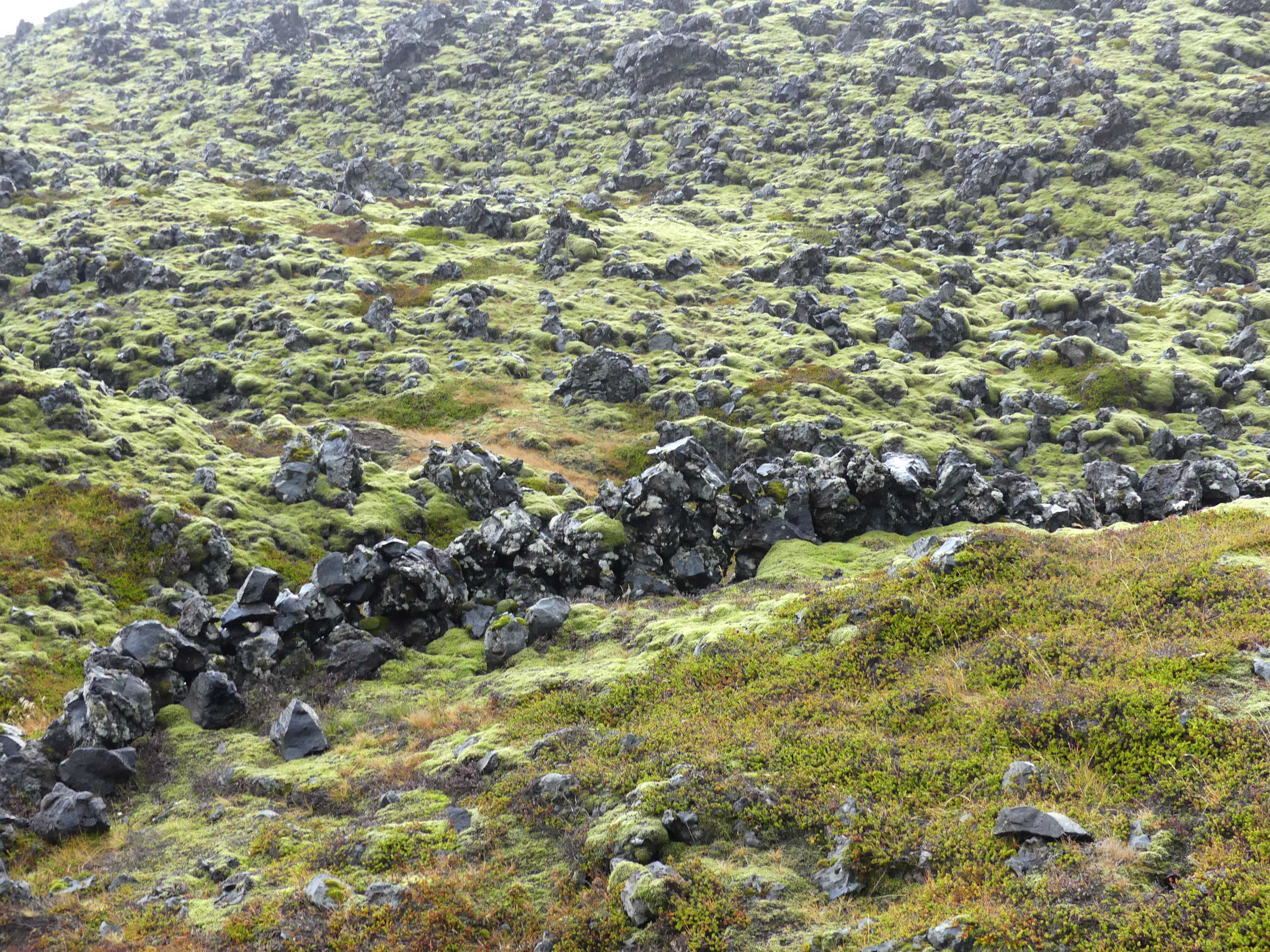 To learn your place?

Here in Reydarfjörður, the Atlantic has strewn the tidal zone with treasure. Let’s call that speech. 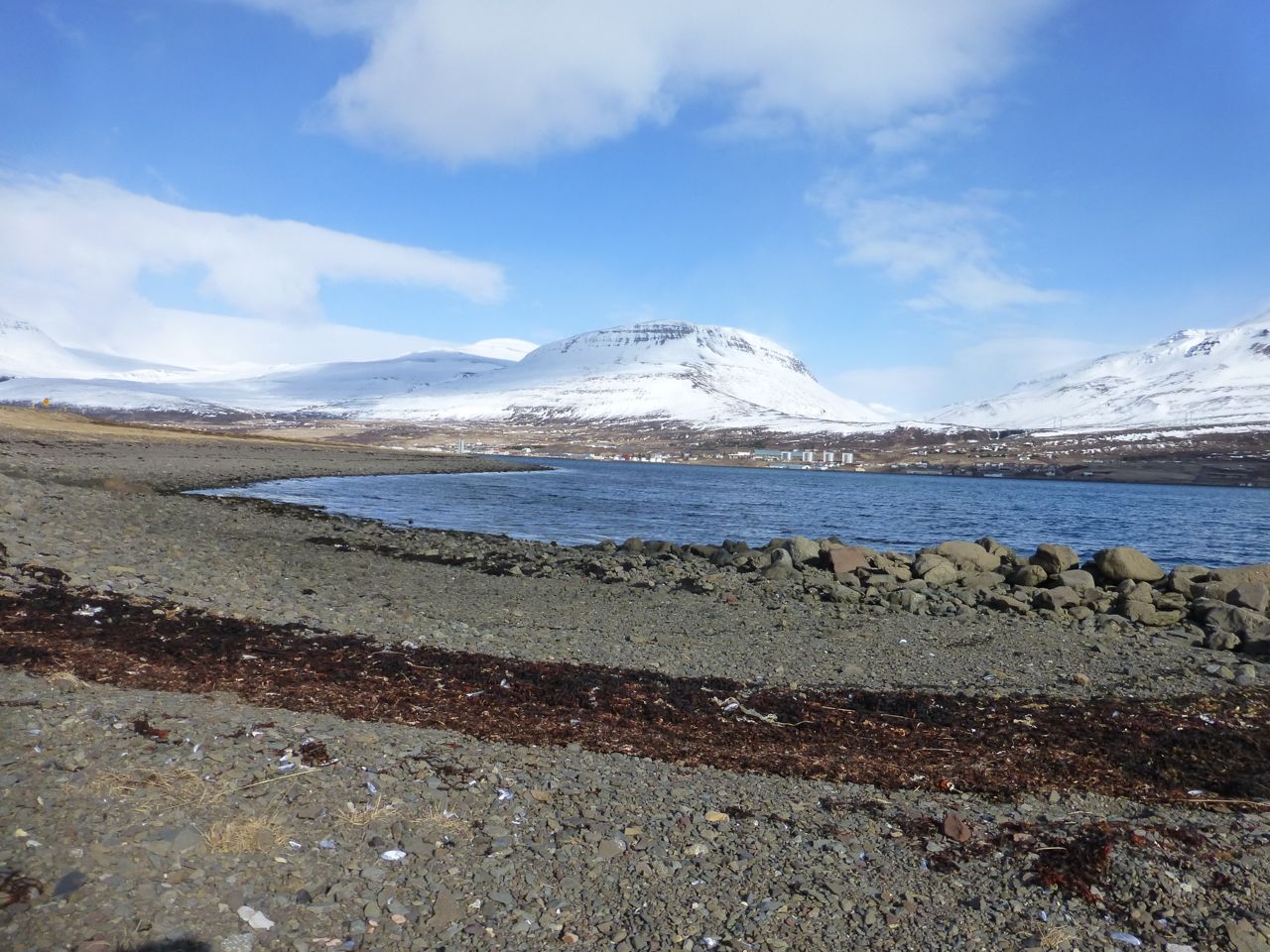 It is the same gesture, and all North European ancestors knew it, for to strew is to speak, and what one speaks is scattered, like bird tracks on the shore, on the edge of the place where ocean speaks, the strand. 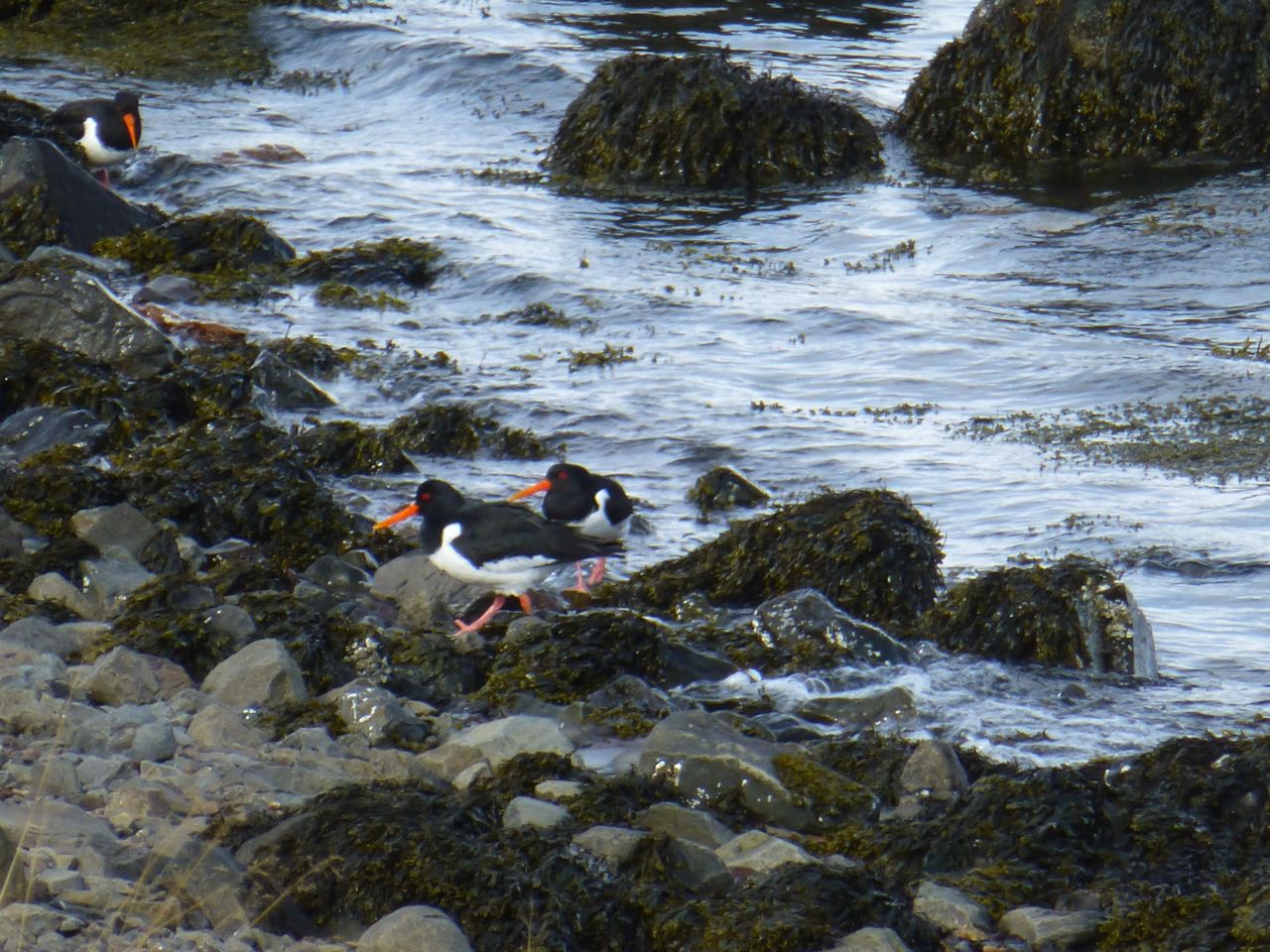 Presence can be speech.

The sea and the land have teeth.

The Ölfusá Meets the Atlantic at Óseyartangi

For human beasts, life and death are a series of crossings. For earth, water and wind, three  living forces humans wade through, it is a great mixing together. 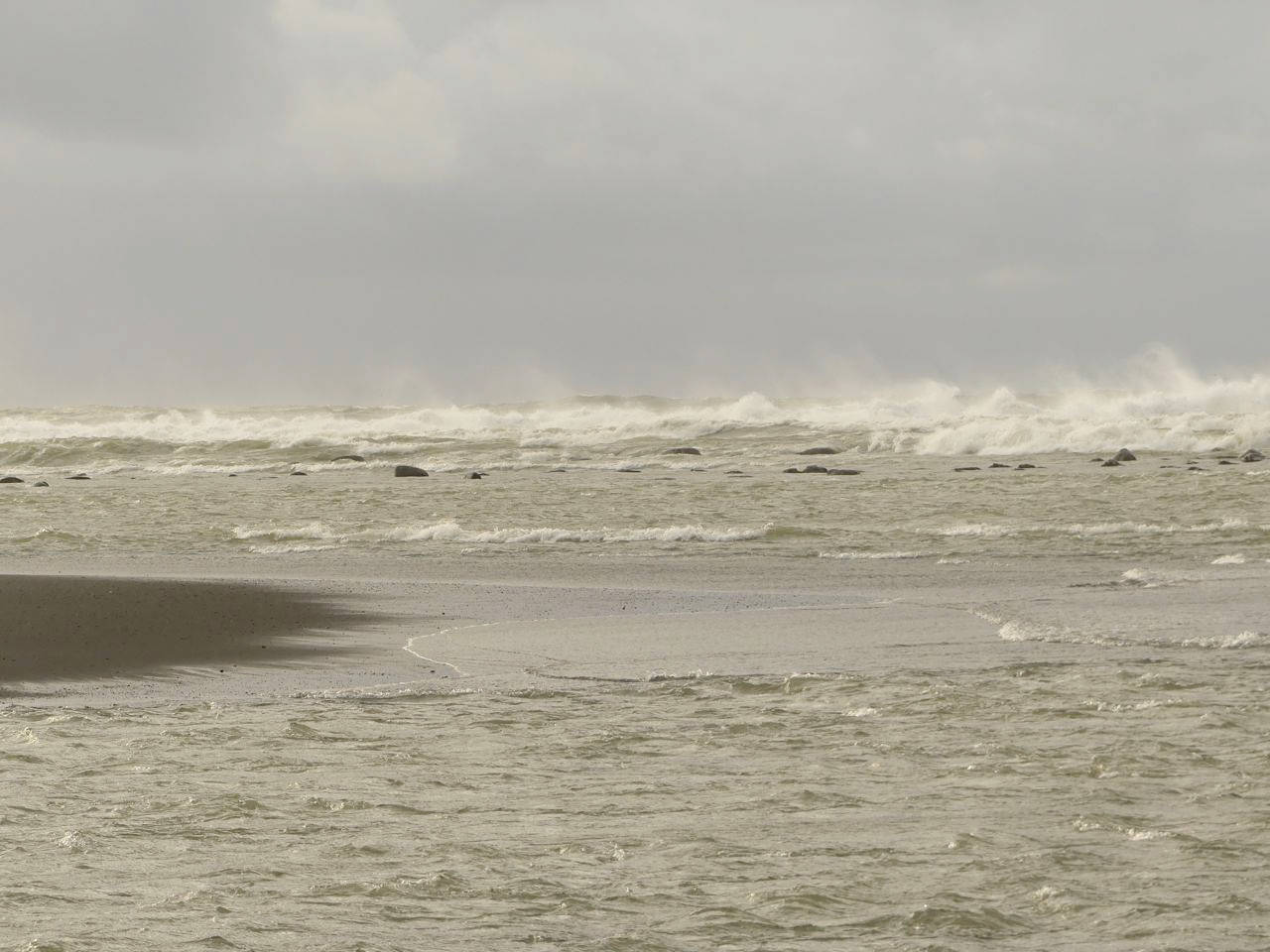 The Ölfusá Meets Tides and Waves in the Wind

In a country in which the social lives of humans, and all they have built together, appear less substantial than the forces they live among … 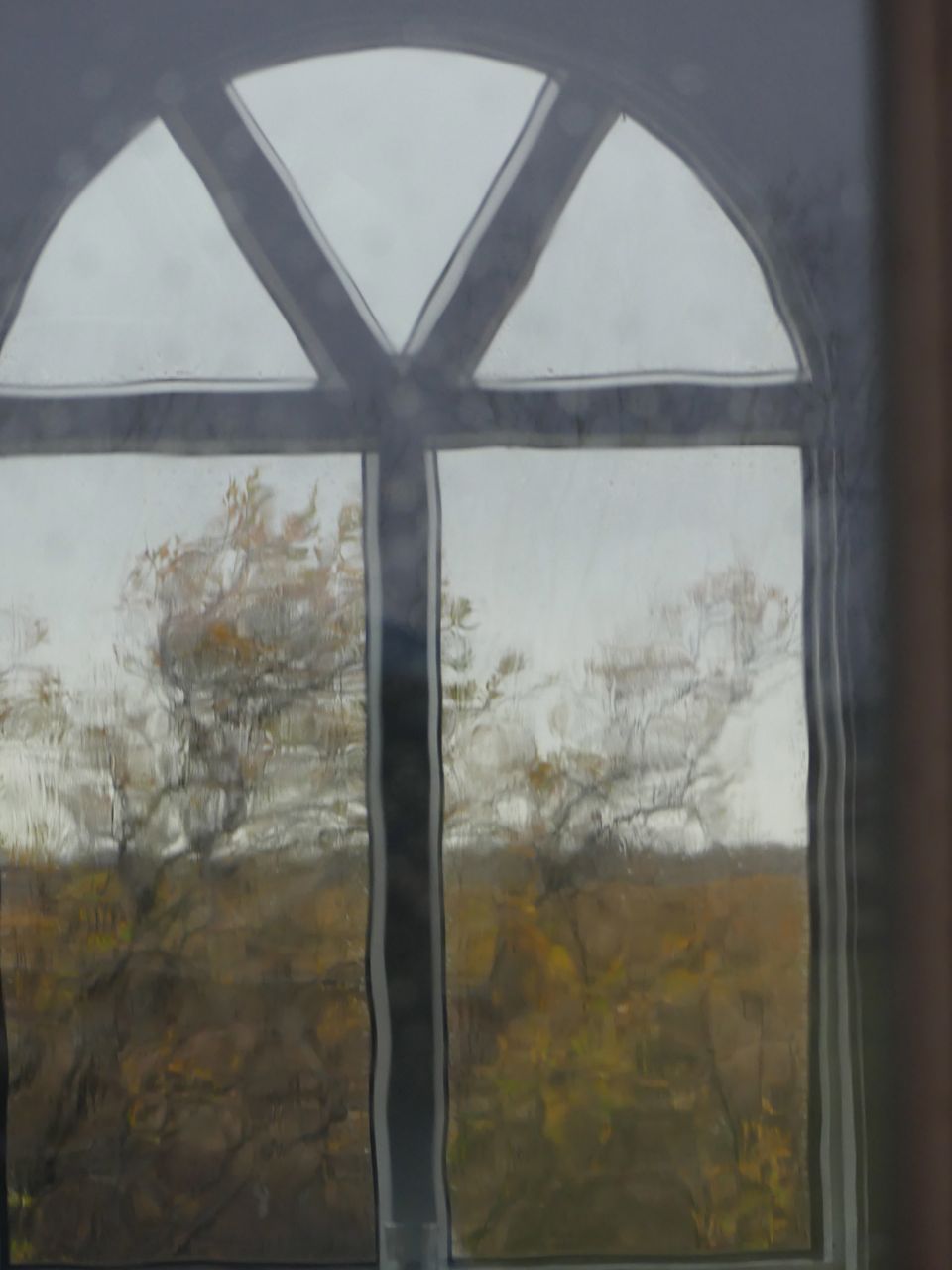 Barely. With a lot of improvisation.

It is enough. In this land, lighthouses are not just about visible light. 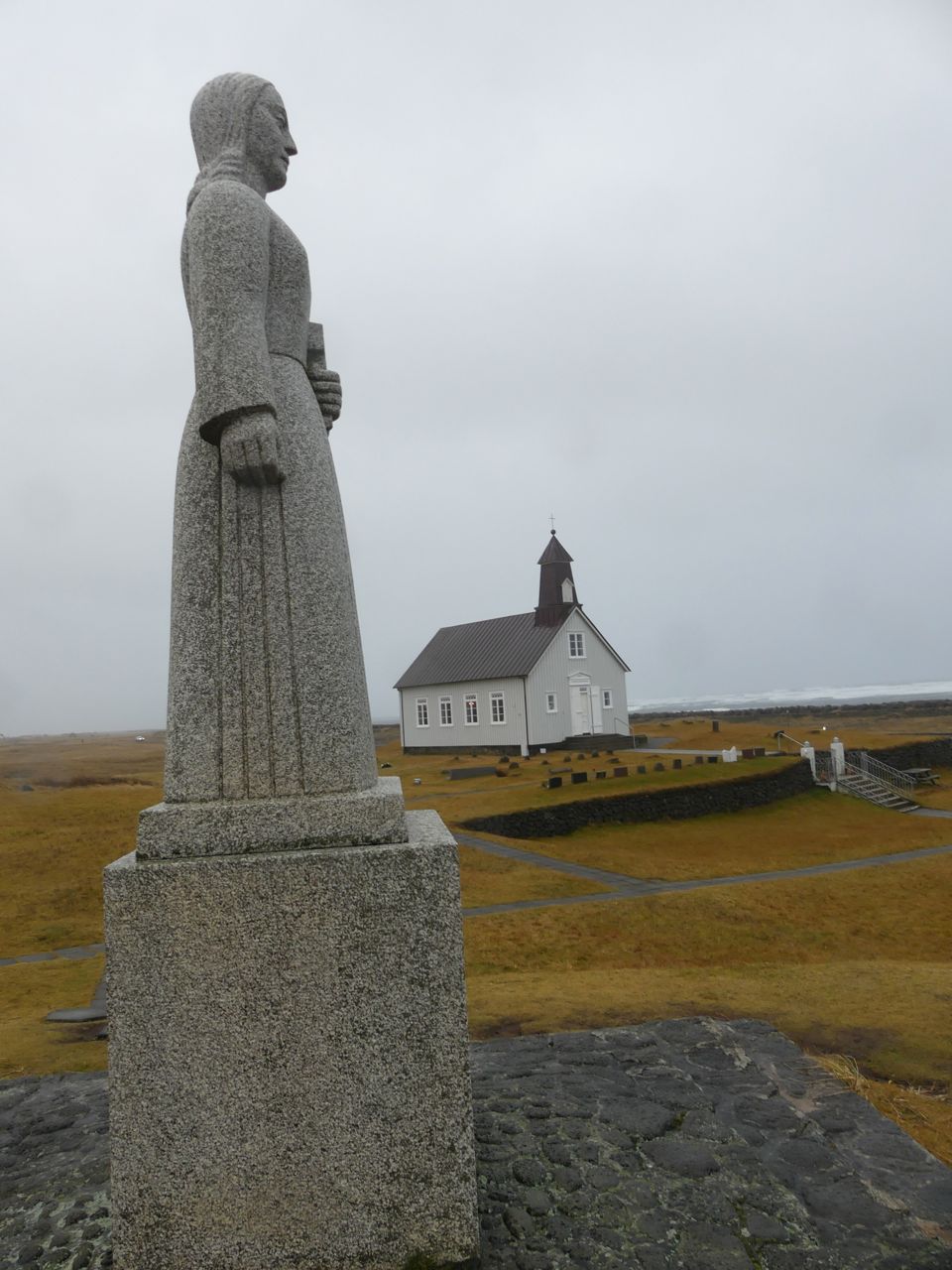 In a country in which a beach is the sound of the keel of a ship being hauled by men on pebbles up out of the surf (strand) or of men walking through the dunes (sand), houses and lights are all shores. 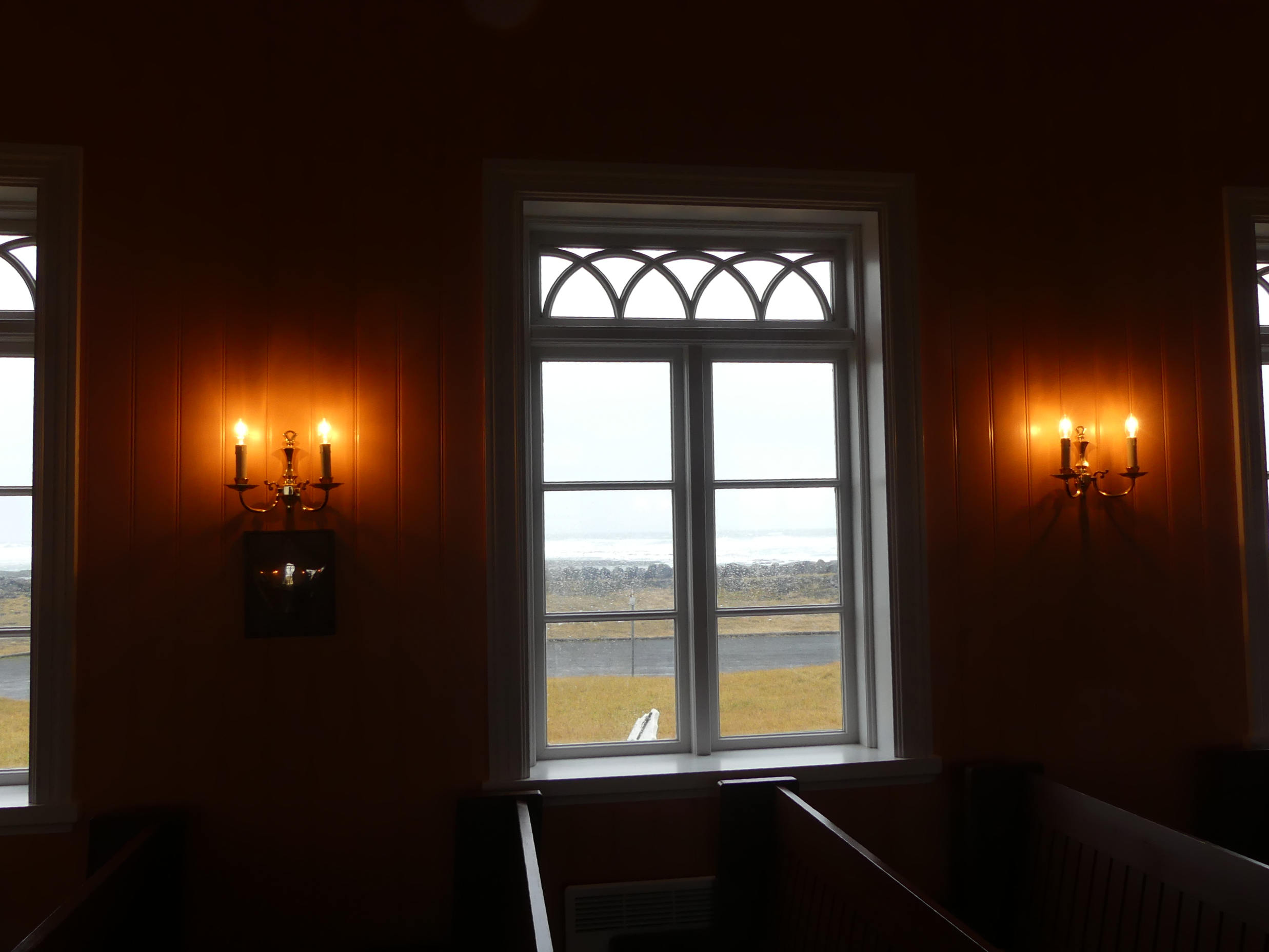 What you wash up as is not always your choice. Every landing is also a strand-ing. You might live or you might die. For centuries, Icelandic men went to sea in wooden boats, and came in through the surf to land, not always well.

Your fate is not whether you make it alive or dead, but how you face it. That’s grim, but then some things are. Gunnar Gunnarsson wrote about this fateful beach surrounding Iceland during the devastation of World War I. The book was Livets Strand. In German, it was translated as Strand des Lebens. 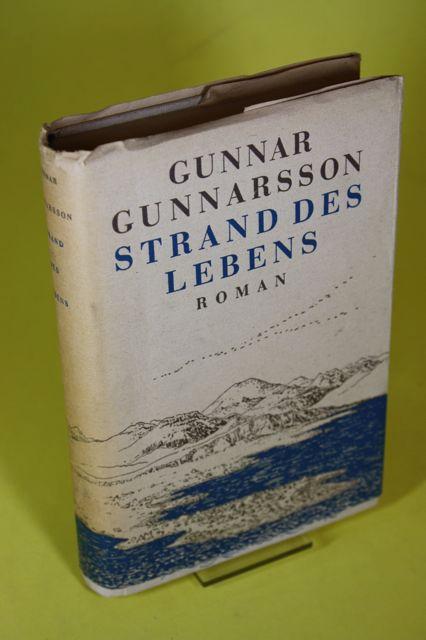 In English, the title would be The Shore of Life, but it has never been translated into English. It is an allegory of that war, set in a remote Icelandic fjord. It is the unique, life-affirming, and devastating story of a pastor wrestling with his faith in terrible circumstances, tried by the beauty and horror of life and the often-times inability to distinguish it from death. It is a writer wrestling with how to tell the difference. In an Icelandic context, it is a shore. In this time in which we need it, in many languages. We are at sea.

We need help help both going out and coming back.